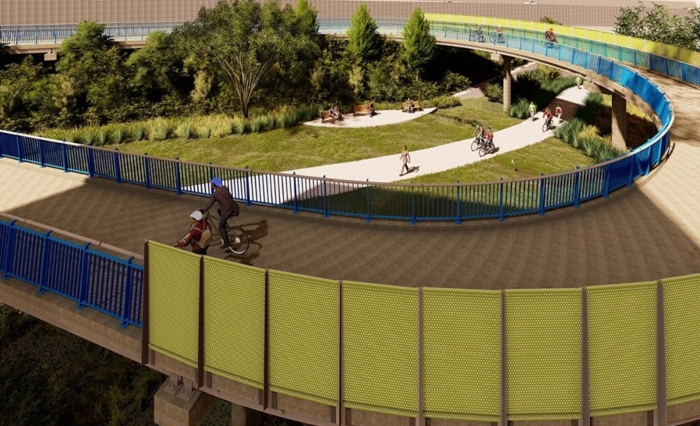 Did you know that a new veloway bicycle bridge dubbed “velobridge” has been announced, with plans for construction near the Buranda train station in Woolloongabba?

The new cycle bridge, which will be built above O’Keefe St, will connect the inner city cycle network to two sections of the veloway, effectively providing pedestrians and cyclists with the means to separate themselves from the road and travel without fear of getting hit by cars. This will make bike riding quicker and safer into the Brisbane CBD.

People with disabilities, using wheelchairs and other mobility aids, will also have more freedom to move and maneuver without fear of blocking the way for cyclists.

Plans for the upcoming veloway bridge were first revealed to the public on the 28th of April 2021, with calls for community feedback concerning the project to ensure that the knowledge and wishes of locals and residents were reflected in the bikeway’s design.

Those interested in providing their input can deliver their feedback via the project’s webpage or contacting the project team through the email: metropolitanregion@tmr.qld.gov.au. The project’s design is expected to be finished towards the end of the year, though final dates have not been specified.

Construction at O’Keefe St, Woolloongabba, on the other hand, is expected to begin sometime in early 2022.