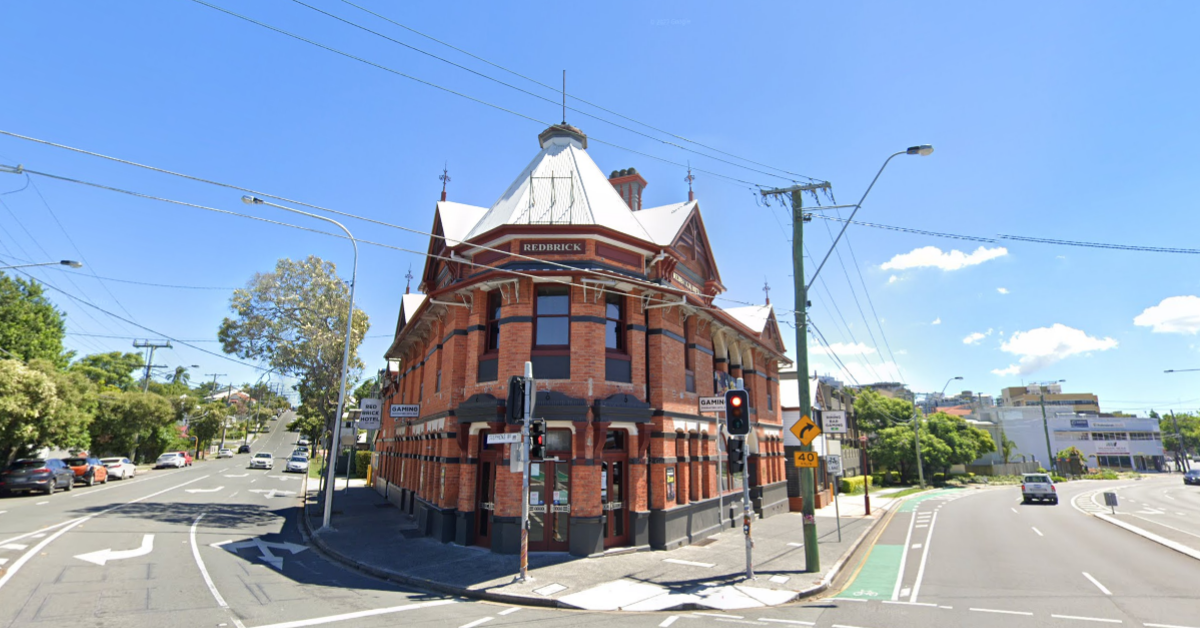 Did you know that the iconic Redbrick Hotel on Annerley Road, Woolloongabba has been sold?

Read: What Caused the Near Collision of Two Passenger Trains at Park Road Station in 2019?

In early March 2022, Hakfoort Group sold Redbrick Hotel to the Mathieson family who has been in the hotel industry since 1974. After 23 years of ownership, Hakfoort Group offered a leasehold of the property through an offer to purchase process in April 2021.

Redbrick Hotel currently has a 20-year lease term, which is inclusive of option periods, with a CR2 Character zoning for infill housing. Sold by Tony Bargwanna and Leon Alaban of Savills Australia, the off-market deal is reported to be worth about $7 million.

The heritage-listed hotel at 83 Annerley Road was first built in 1890 for Thomas Burke who remained its owner and proprietor until 1899. The building was designed by prominent architects John Hall & Son.

The 680-sqm hotel, named “Burke’s Hotel” in the 1980s in honour of Thomas Burke, would later be known as “the Redbrick”. The hotel had been under several owners until the Hakfoort Hotel Group acquired it in 1999.

The hotel underwent substantial refurbishments in 2017 before it reopened in 2018 with a new restaurant and bar, gaming lounges featuring 30 electronic gambling machines (EGM), function rooms, and a 120-seating dining space alongside its classic Federation-era style architecture.

Redbrick Hotel is just 2 kilometres from Brisbane CBD and is in close proximity to major employment, education and sporting facilities including the Gabba sports stadium, Mater Hospital and the Boggo Road Precinct.

The hotel benefits from its busy corner location whilst its bistro and lounge dining offer a fully equipped commercial kitchen that is accessible via the main bar.