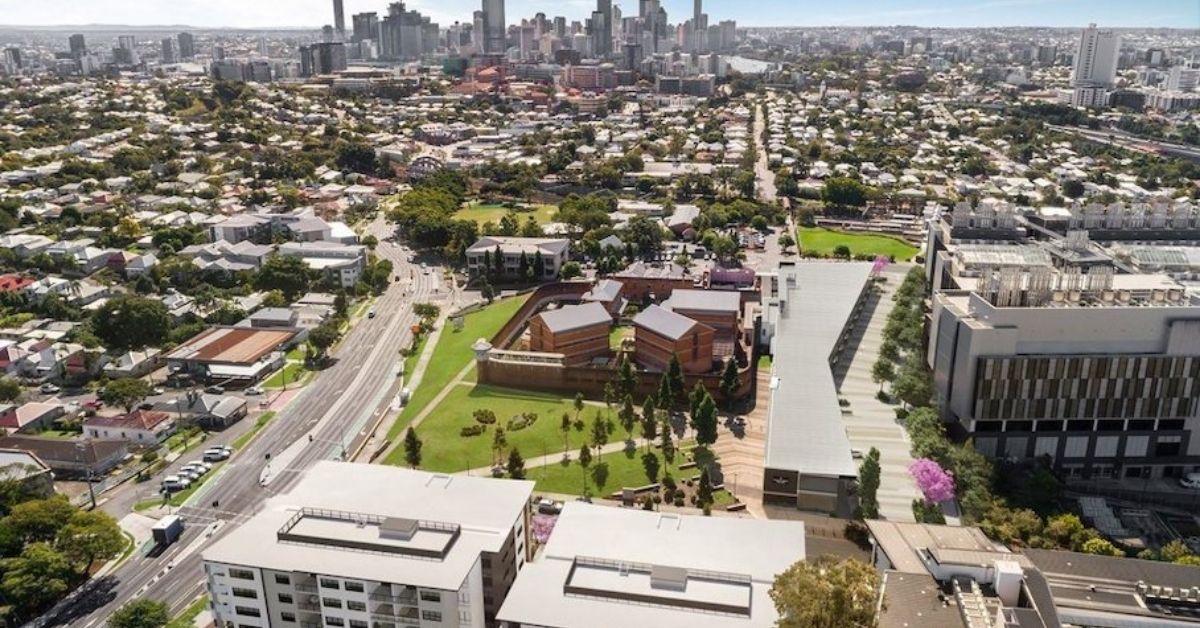 Development is about to start at the multi-purpose precinct encompassing the new Boggo Road Village, where Stockwell has enlisted a heritage architect to help preserve some of the historical facets of the prison next door.

Instead of a major demolition, an agreement has been reached between Stockwell and supporters of heritage-listed sites to retain a detention unit cell block of the Boggo Road Gaol. This will mean that visitors to the upscale multi-purpose precinct beside it will still get a glimpse of Brisbane’s darkest history.

Stockwell, architect Ruth Woods, and the Department of Environment and Science heritage team will work to preserve and protect the 1980s-era cell block, the fronts of the isolation cells, the walkway of the cell block, the guard tower, stairs, and some of the walls.

The agreement comes following the controversial approval of Stockwell’s plans for a village centre next to the heritage-listed site in 2021, with community groups appealing the decision in the Planning and Environment Court. (DA A005260979)

Jack Sim, a well-known Boggo Road Prison historian, tour guide, and author, welcomes the development after Stockwell listened to the recommendations of heritage groups. The cell block to be restored has been inaccessible for many years but once the village is completed, the historical site will be added to the guided tours.

But then this would mean that Sim’s guided tours will be temporarily shut down, at least for six months, while the construction of the new Boggo Road Village is ongoing.

Meanwhile, the Boggo Road Village development will also be anchored by an IGA. The commercial and retail sites will include medical and allied health services, aside from the dining precincts.

Stockwell expects to complete the project by 2023. About 60 per cent of its tenancy has been secured prior to the site’s construction.