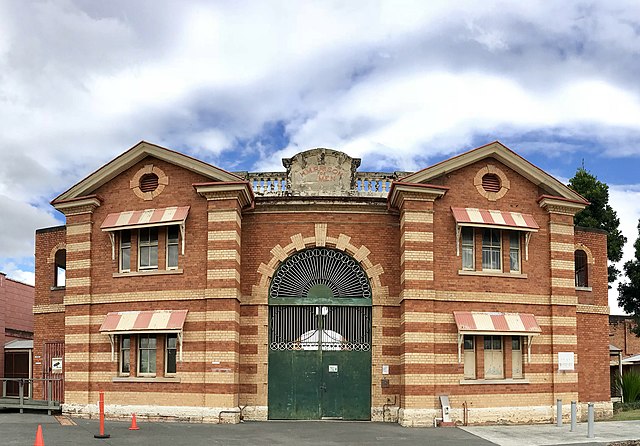 Brisbane is dotted with several historical jails, but one of the truly controversial ones is Dutton Park’s Boggo Road Gaol, ill-famed for its poor conditions and many executions. Formerly called the “Brisbane Gaol,” it served as Queensland’s main jail for more than 100 years, before becoming the popular tourist destination that it is today.

On 2 July 1883, Boggo Road Gaol received its first prisoners. It was built to replace the older prison at Petrie Terrace which operated from 1860 to 1883. Some materials from the demolished Petrie Terrace Jail were used to construct the gaol at Boggo Road.

Despite all the efforts that went into it, the gaol on Petrie Terrace was badly designed. Nearby residents could see over the walls into the prison yards and exchange signals with the prisoners.

When the Boggo Road Gaol first opened, it had a single wing with 54 cells. It was used to hold short-term male inmates or those awaiting transfer to the St Helena Penal Establishment. The original block was extended in 1887, with the addition of two more cellblocks. The walls at Boggo Road Gaol were 20 ft. high and built on an 18 inch foundation of cut-solid rock.

Additional Divisions Within the Premises

In 1901, the construction of the women’s prison commenced. Also known as the Number Two Division, it was built in response to the 1887 Parliamentary Inquiry, which recommended that a “separate system” be introduced. This meant a separate cell for each prisoner. Later on, this division was used for the detention of St Helena’s long term prisoners and the female prison was relocated to a building on the southern end of the prison reserve.

Around the 1960s, a new prison was built around the perimeter of No.1 division. Under the oval of the demolished area was where the underground punishment cells or the “black hole” was found. It served as a place for punishment until the late ‘80s. “To sentence men however bad they may be, to be locked away in these cells was barbaric to say the least, and their use should never again be contemplated,” said superintendent Roy Stephenson in the ‘80s.

Other notable inmates included Arthur Ernest Halliday who was called “Houdini of Boggo Road” because of his eight escape attempts. He managed to escape the Boggo Road Gaol twice. In his first escape, he used a 30-ft long rope of plaited coir and footholds that he had made using two wooden hammock sticks. In his next attempt, he had help from two other prisoners, Derwent Evans Arkinstall and Victor John Travis.

Records indicate that 42 prisoners have been hanged at the Gaol. Around 39 of them are men and two were teenagers. The other one is Ellen Thomson, the only woman executed under Queensland law. She was sentenced over the murder of her husband, William Thomson.

Three men were executed at the gaol in its first year of operation. It was the only triple execution to ever take place in Queensland. Two were Aboriginals named “Jango,” who murdered a woman named Eliza Mills and “George,” who raped a young girl at Rockhampton. The other one was a Scottish man named James Gardiner, sentenced to death for the murder of Ada Gardiner at Rockhampton.

The last man to be executed at the gaol was Ernest Austin, who was convicted for the rape and murder of 11-year-old Ivy Mitchell. He was also the last person to be executed in Queensland after the state abolished death penalty in 1922. Premier Edward Theodore introduced an abolition bill in 1915 because many prisoners were mentally ill and prisoners could not fully repent of their crime if executed. Other than these, Premier Theodore argued there was no evidence that capital punishment acted as a deterrent and that there was the possibility that innocent people could be executed.

The era of the gaol came to an end when the Kennedy Report recommended its closure in May 1988. Commissioner Jim Kennedy noted that the ‘Prisons Act’ was outdated, drugs were entering prisons due to lax security, corruption was rife, officer training was poor, prisoners were not being rehabilitated, and the system was underfunded.

The only part of the prison left standing today is the No. 2 Division of Boggo Road. It was entered in the Queensland Heritage List on 15 February 1993 for demonstrating the evolution of Queensland’s history and for being a rare Australian example of a prison specifically built for women. Aside from being a tourist attraction in the present, the heritage-listed site may also be hired for events like parties and corporate functions.

Tours of the Boggo Road Gaol

A selection of guided tours has been on offer since 2012, with themes that include ghosts and escapes. Learn about its rich past, including invaluable lesson about crime and punishment and stories of former prisoners and officers.

Visit the official Boggo Road Gaol website to know more about each tour.