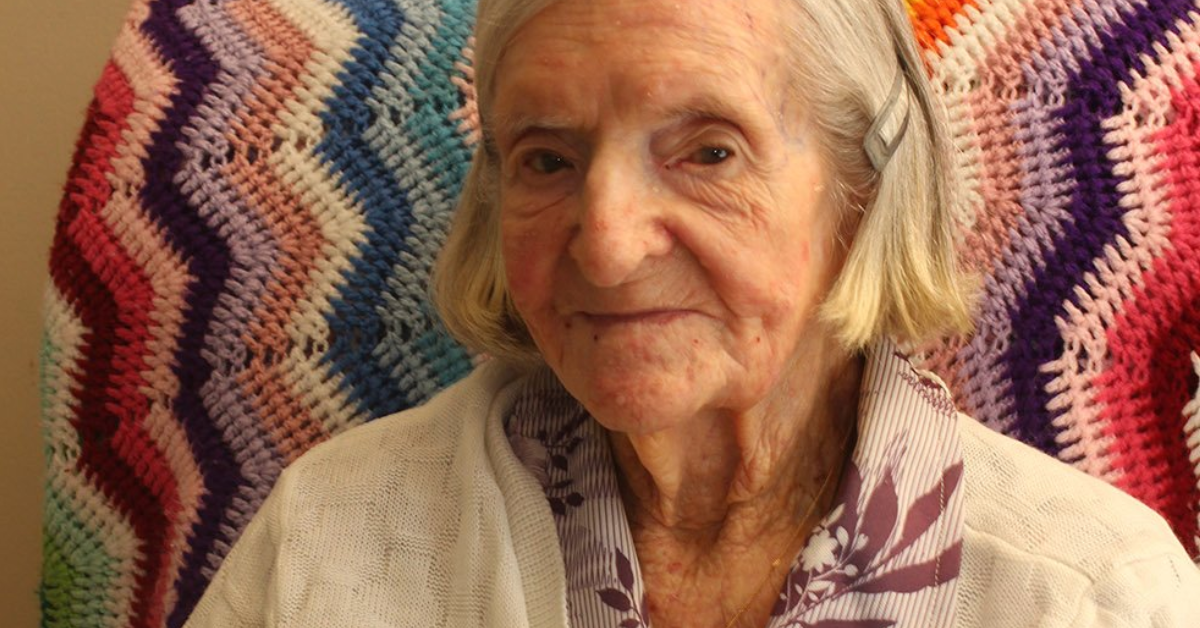 Mary Lydia Lynch, an avid Brisbane Broncos fan who was born and raised in Annerley, recently celebrated her 100th birthday. She now joins Ann Damen and Alison Woodroffe as members of the Carinity Clifford House 100 Club.

Mary worked at Censorship and Telegraph with the Postmaster-General in Brisbane during World War II, staying at the company for 14 years. She was also a devout Catholic and was a member of the Legion of Mary and a Cub Leader at Dutton Park Scout Group.

She also loved dancing, attended events at the iconic Cloudland and was a regular at Sandy Robinson’s dance studio where she and her future husband Joseph Ryan met.

Mary and Joseph married in 1954 at Mary Immaculate Catholic Church and were blessed with three sons: Brian, Michael and Peter. Mary has three grandchildren and four great-grandchildren.

Mary was active in volunteer work, supporting a number of charities by making clothes for underprivileged children overseas and creating dolls’ clothes for school fetes and charities to sell.

Read: How This Siberian Husky Brings Joy To Children At Yeerongpilly Centre

Located at 44 Jimbour Street, Wooloowin was Carinity’s first aged care community that was established in 1949. The aged care community offers residents a tranquil lifestyle with lots of activities including live music performances, gardening clubs and regular coffee mornings to catch up with friends and loved ones.