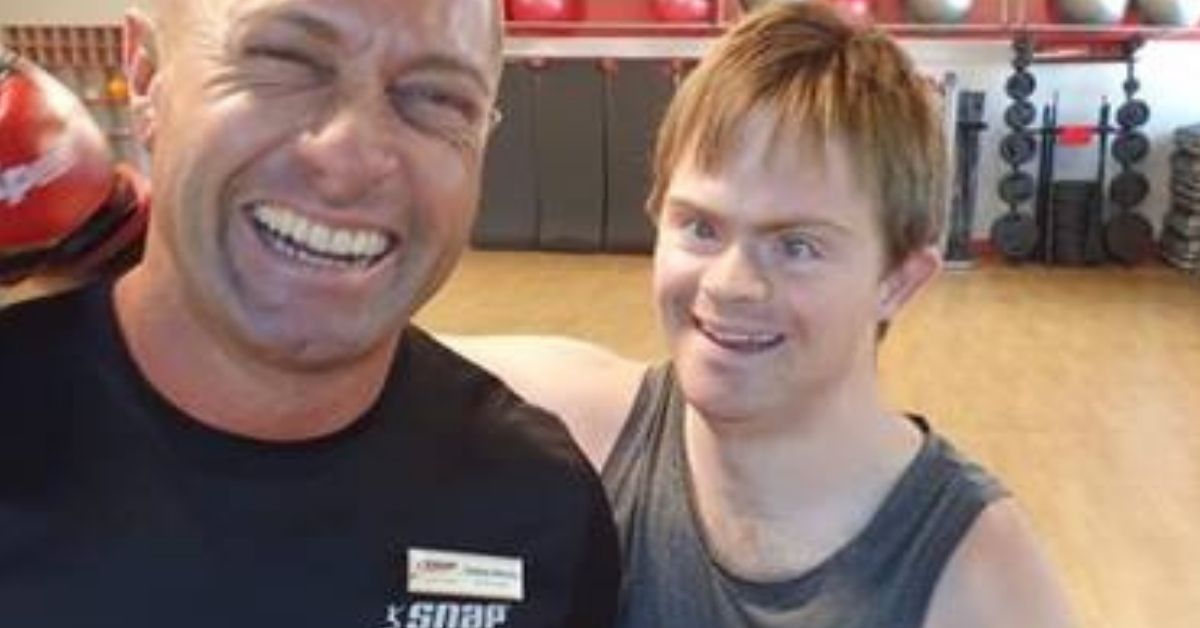 Like any determined 26-year-old, Sean Fisher, a Dutton Park local, is living in his own unit and supporting himself with two jobs. The most amazing thing is that Sean has Down syndrome and hearing loss but he’s still living his dream as an independent and contributing member of the community.

According to his mother, Lisa Bridle, Sean didn’t have an easy time exploring his independence when he decided to move out of his mother’s house.

“It took about two months for him to be able to cook his own breakfast independently on a new stove, four to five months to be confident in taking the train and about nine months to feel completely okay about shaving himself,” Lisa shared.

But Sean is getting a lot of help with his transition from Billy, a support worker for Carers Queensland‘s NDIS program. He has cooking sessions with his carer every Monday, along with some friends.

“He is developing lots of nice local connections and becoming independent in planning shopping; each time he achieves a goal, we work on the next,” Lisa said.

Sean is also accessing NDIS benefits for his two jobs at Multicultural Australia and at the Brisbane Convention & Exhibition Centre.

“At Multicultural Australia he does shredding, photocopying, laminating, printing and event set ups for workshops. This job is a great match for him as it is a big organisation and he likes the social side of things,” his mother said.

“At the Convention Centre on Tuesdays he works in the uniform room taking in and organising the uniforms and folding laundry, and Fridays he works in setting up for functions like getting table and chairs out; he likes being one of the guys on the set up team.”

Billy also goes to work with Sean to guide and coach him with his tasks. He mostly does his work independently but the support worker keeps track of his progress.

When he’s not at work, Sean also carries out a fitness routine with Billy and a team composed of a physiologist, a personal trainer and a dietician. Lisa said that her son is actually close to achieving his weight loss goal since becoming a gym buff in 2019.

So impressed was Billy by his buddy’s progressed that he promised to take him to Sydney to visit the set of Home and Away, Sean’s favourite TV show.

“In early February, Sean and his support worker, Billy, set off for three nights in Sydney which included catch ups with friends, sightseeing including a harbour cruise and the Home and Away visit. They were lucky enough to see filming and also visited sites such as the Bait Shop, the Diner, the Lighthouse, the Pier and much more.”

In time for World Down Syndrome Day on 21 March 2021, Lisa expressed her gratitude to  Carers Queensland and said that her son’s experience has been very positive.

“The main quality that I have appreciated has been a willingness to listen and really understand our goals, sharing knowledge of the NDIS system and making the decision making and timelines as transparent as possible, and upholding Sean’s choices and respecting his goals by demonstrating flexibility.”

To learn more about Carers Queensland and the NDIS program, phone 1300 999 636, or email cq.enquiries@ndis.gov.au.