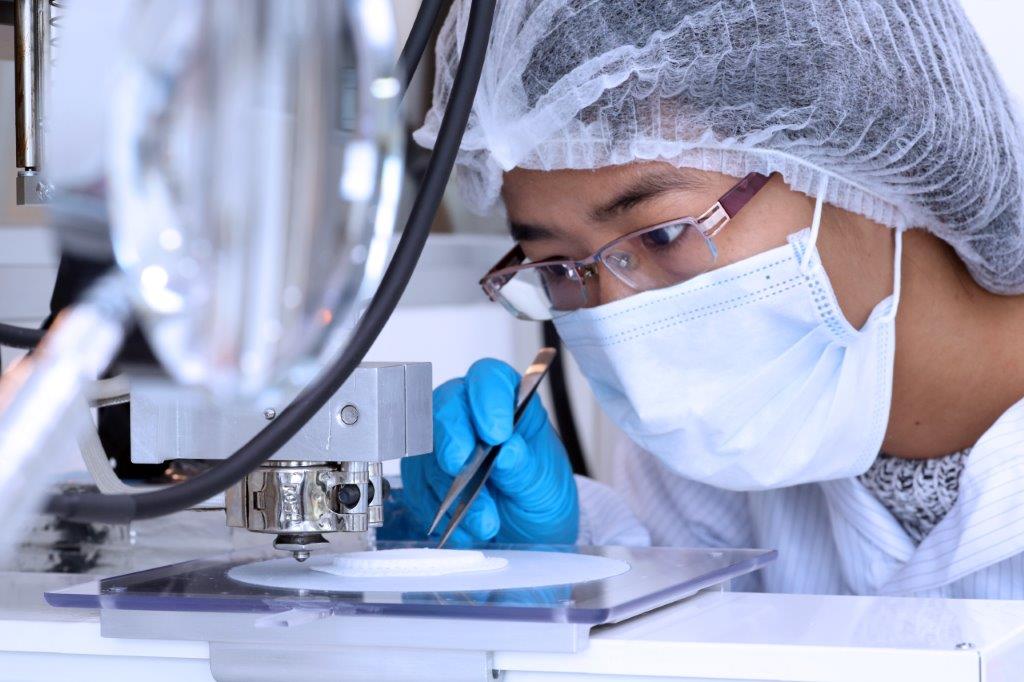 Brodie Ellis is a man with renewed hope and vigor, now regrowing his own skull because of a novel, innovative surgical procedure involving 3D printing and bio-absorbable implants at the Princess Alexandra Hospital in Woolloongabba.

When Brodie Ellis was in Vietnam in 2018, he fell off a motorcycle in an accident that resulted in an amputated left leg and significant damage to his head which left him with gaps where damaged skull bone had been removed.

In 2019, to replace the missing portions of his skull, doctors placed synthetic implants on both sides of Brodie’s head.

Unfortunately, a dangerous staphylococcus infection on one side of his head necessitated removal of his plastic implants to avoid life-threatening complications and sepsis.

Luckily for Mr Ellis, doctors at Princess Alexandra Hospital led by Dr Michael Wagels, deputy director of plastic and reconstructive surgery, had been experimenting with a new type of 3D-printed implant made of a material that acts as a scaffold for bone regeneration, then dissolves away as the bone grows into it.

“The special thing about Brodie’s implant is that it is completely absorbable, so it will disappear as the new bone forms within and around it,” Dr Wagels explained.

Coordinations were made for the design and manufacturing the implant, involving the doctors at Princess Alexandra Hospital, the Australian Centre for Complex Integrated Surgical Solutions, the Translational Research Institute, and Singapore-based manufacturing company, Osteopore.

After an 11-hour surgery involving a full complement of plastic and reconstructive surgeons, anaesthetists, neurosurgeons, nurses, assistant surgeons, and technicians, Brodie had a newly reconstructed skull.

Two months after the surgery, Mr Ellis has not experienced any complications and CT scans already show signs of new bone growth.

“The latest CT scan taken eight weeks after the operation shows bone forming both on the outside and in the inside of the implant, indicating the body has recognised the implant as broken bone that needs to be healed,” Dr Wagels said.

Though faced with continued medical monitoring and rehabilitation, Mr Ellis is thankful for what has been a new lease on life, thanks to the wonders of 3D printing and his doctors at Princess Alexandra Hospital.

Helping Someone Get a Leg Up

In a 2017 case, Dr Wagels had also performed what was then a world-first procedure when he replaced a missing tibia on a man’s leg with a 3D-printed replacement bone.

Seeing the chance to improve Mr Lichter’s quality of life, a team of orthopaedic and plastic surgeons spent 14 hours reconstructing his tibia, removing bone tissue from his other leg with the blood supply intact so that they can transform the 3D-printed implant into living bone.

Since the surgery, Mr Lichter has regrown the missing segment of his tibia and with the help of implant and reconstructive surgery, can walk successfully on his own two feet.

Putting Her Finger On the Problem

On the other side of the Brisbane River, Queensland University of Technology (QUT) has had its own successes in biofabrication using 3D printing technology as well.

Naomi Paxton, a PhD student at QUT, has focused her attention on regrowing damaged bone, with an aim to address bone tissue defects without having to use permanent implants.

“Using biofabrication, we could theoretically replace the cartilage in a knee, for example, which is unusually what is the cause of a knee replacement,”

Ms Paxton sees great potential for biofabrication, as a solution for replacing damaged bone that has been removed due to trauma, infection, or cancer.

Research has extended to the use of the 3D-printed scaffolds in animal subjects and in a limited number of human patients. Citing regulation as the major hurdle, Ms Pacton said bespoke implants for individual patients do not follow the usual regulation pathway, and these personalised medical devices must conform to safety regulations.

“One of the major focuses of our research is to find low-cost solutions for designing these implants using existing approved medical materials,” Ms Paxton, who was a finalist at the 2019 AMP Ignite Event for this research, said.