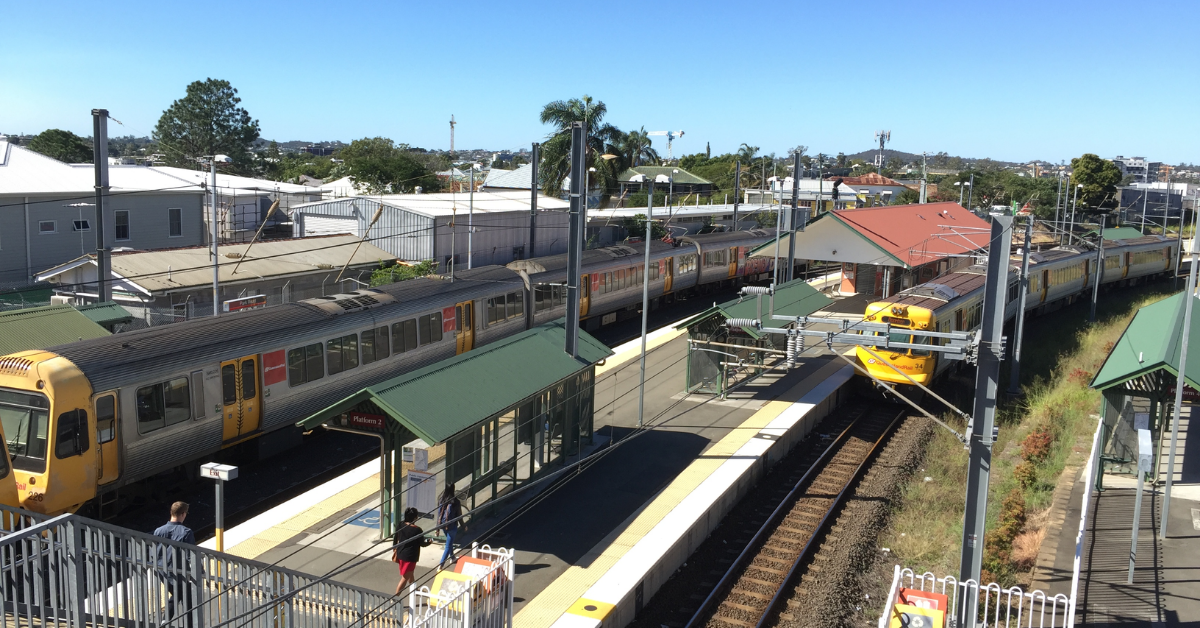 Confusion over amended dispatch procedures associated with the rollout of new-generation trains were to be blamed for the near-collision incident in 2019 that occurred between Park Road and South Bank stations and involved two suburban passenger trains, an investigation report says.

On 25 March 2019, Northgate bound passenger train DW17, which is operated by Queensland Rail (QR), departed Park Road station with 41 passengers on board and ignored a stop signal. The New Generation Rollingstock (NGR) train travelled past its limit authority by 305 miles when it was supposed to stay at the platform and allow 1E65, which was already running late and proceeding on an adjacent line, to pass through first.

The two passenger trains were headed on a collision course as they both travelled in the same direction. However, thanks to the tutor driver on 1E65 who had the train stopped and the network control officer who transmitted an emergency stop command in response to a Signal Passed at Danger (SPAD) alarm, the imminent disaster was averted. DW17 stopped just 55 miles past the conflict point whilst 1E65 stopped at about 70 miles before approaching the conflict point.

Why did the near-collision happen?

The Australian Transport Safety Bureau (ATSB) report noted that the incident was the first of six “start against signal” SPADs involving NGR trains on QR Citytrain network platforms with the last SPAD occurring in April 2021. The findings point to “risk and change management limitations’ as the contributing factor to the rise in SPAD incidents.

The report said that limitations in QR’s change and risk management processes in “relation to dispatch procedures involving platform staff and NGR train guards” resulted in an increase in the risk of such SPADs taking place.

ATSB Director Transport Safety Dr Michael Walker said that prior to the introduction of NGR trains, platform staff at three CBD and two suburban stations were required to provide an ‘allright’ signal to a train guard before the train could depart from the station.

In 2019, QR dispatch procedures were amended to require platform staff at all suburban stations to provide the “allright” signal for all NGR trains departing from the station, something that they used to only do for trains that carried disabled passengers.

“Because the platform staff at these suburban stations followed procedure, and did not follow the informal practice of checking the status of the departure signal, train guards were now much more likely to receive an ‘allright’ signal while the departure signal was at stop,” Dr Walker explained.

“Multiple QR risk management and change management processes did not effectively consider the risk of this taking place.”

“In this near collision occurrence, when the driver received the rightaway signal from the guard, they had a very high level of expectancy that this meant the departure signal was at proceed, and subsequently the train promptly departed the station platform and passed the signal while it displayed a stop indication,” Dr Walker said.

“Similarly, the guard incorrectly provided the rightaway signal to the driver based on a very high level of expectancy that the ‘allright’ signal, provided by platform staff, also meant the signal was at proceed.”

What added to the increased risk of “start against signal” SPADs was the relocation of Signal Aspect Indicators (SAI) at platforms around the network to account for the change in the positioning of train guards. Train guards turn to SAIs when providing “rightaway” signal when the departure signal is not visible from their location.

“QR’s process for installing the SAIs did not provide sufficient detail to ensure consistent and conspicuous placement of them at station platforms,” Dr Walker said.

“This increased the risk that an SAI would not be correctly perceived by a train guard.”

The ATSB report, however, noted that the “start against signal” SPAD incidents have decreased over time as guards have become more familiar with the SAI locations as well with the new procedure at suburban station platforms.