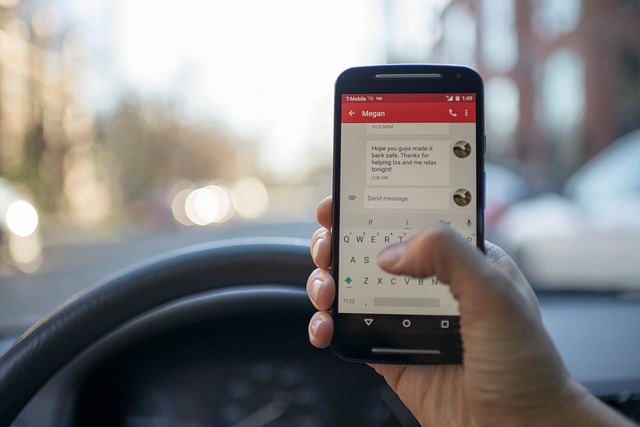 Ipswich Road, Annerley is named as the fourth worst crash hotspot in Brisbane, mostly due to phone use whilst driving. To help detect mobile phone usage and other traffic violations, cameras will be permanently rolled out on Queensland roads starting 26 July 2021.

It’s a key part of the Palaszczuk Government’s record $1.69 billion road safety plan which aims to reduce the burden of road trauma on communities.

“Our message has always been direct and very simple: just put your phone away,” Mr Bailey said.

Mr Bailey added: “Using a mobile phone while driving has the same impact as getting behind the wheel with a blood alcohol reading between 0.07 and 0.10.”

The trial for the cameras has been going on since last year and during the trial, where 15,000 people were detected illegally using a mobile phone and more than 2,200 were not wearing a seat belt.

Interestingly, Mr Alex Jannink, founder of Acusensus who developed the algorithm that made the camera detection possible, had a biker friend who was killed by an impaired and distracted driver. Since then, he sought to develop solutions to try and reduce this problem

How Does It Work

Artificial Intelligence (AI) software makes it possible to detect actions such as distracted driving and not wearing a seatbelt. The cameras take high-resolution images of the front seat of the car and scan them through AI.

These cameras are capable of operating in all weather conditions and any time of the day. It can watch vehicles across multi-traffic lanes, regardless if installed on overpasses and bridges, or operating from trailers by the roadside.

Read: 94-Year-Old House in Dutton Park to be Demolished

In Queensland, those who have an open or P2 licence can use a phone hands-free, for example, in a cradle attached to the vehicle. However, the driver should have proper control of the vehicle and drive with due care and attention at all times.

Learners and P1 drivers under 25 years old are not allowed to use a phone in any way whilst driving, including using maps, Bluetooth, and handsfree. Passengers of these drivers also cannot use phones on loudspeakers. Likewise, it is illegal for bike riders to use a phone in their hand when riding or when stopped at the traffic lights.

No seatbelts and other violations

The camera does not only detect who’s using their phone whilst driving. It can also detect if motorists are not wearing a seatbelt. Currently, the penalty for this violation is $413 and three demerit points.

Demerit points are points added to a motorist’s traffic record when they commit certain offences. The fine and demerit points apply to all drivers who use their phone illegally including car, truck drivers and motorcycle riders.

Starting 1 November 2021, any driver caught by the cameras can expect to receive a $1033 fine and lose four demerit points. a three-month period where warning notices will be given to offenders before fines start being issued. The penalties are tough, but Mr Bailey said they are necessary to stamp out driver distraction.