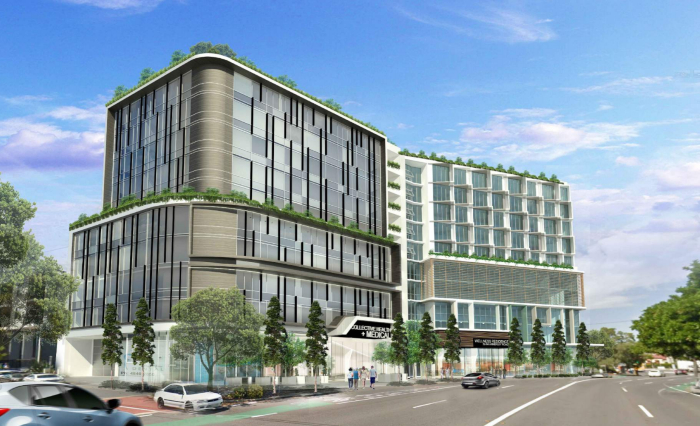 Plans to replace the derelict Urban Paradise Gallery on Annerley Road, Woolloongabba with a private hospital are being contested by community figureheads.

The Urban Paradise Gallery in Annerley Road, which has been left in a state of complete and utter disrepair for over three years, could be demolished and replaced with a new privately owned hospital developed by the Pikos Group.

Earlier in September 2020, the Pikos Group had applied for a Ministerial Infrastructure Designation (MID) to create a 24-hour 10-storey private hospital complete with healthcare facilities, food and drink, and a childcare centre.

The new development will consist of an inpatient unit, operating theatres, areas for recreation, basement parking, support services, and other facilities. It is estimated that the new hospital will be able to provide care for approximately 100 patients, with full-time staff numbers reaching an estimated 355.

State Member for South Brisbane Amy McMahon and Councillor for Woolloongabba Jonathan Sri have remarked that they were concerned over the potential negative impacts the project would have on the community primarily due to the implications a private hospital would have on already-busy streets.

Another issue raised was how MIDs are reserved for generally non-profit facilities such as police and fire stations, schools, and arts and sports buildings.

However, due to changes made by Queensland Labor, private entities are now able to apply for MIDs as they are faster and cheaper approval processes.  This opens up the floor for private for-profit hospitals.

In this particular case, this building will mark the sixth hospital in Brisbane’s south. These hospitals are the Mater Hospital, Princess Alexandra Hospital, St Vincent’s Private Hospital, Greenslopes Hospital, and QEII Hospital which can all be found within the region.

The site of the proposed private development can be found at 52-64 Annerley Road, Woolloongabba. To learn more about the Pikos Group, visit their website here.