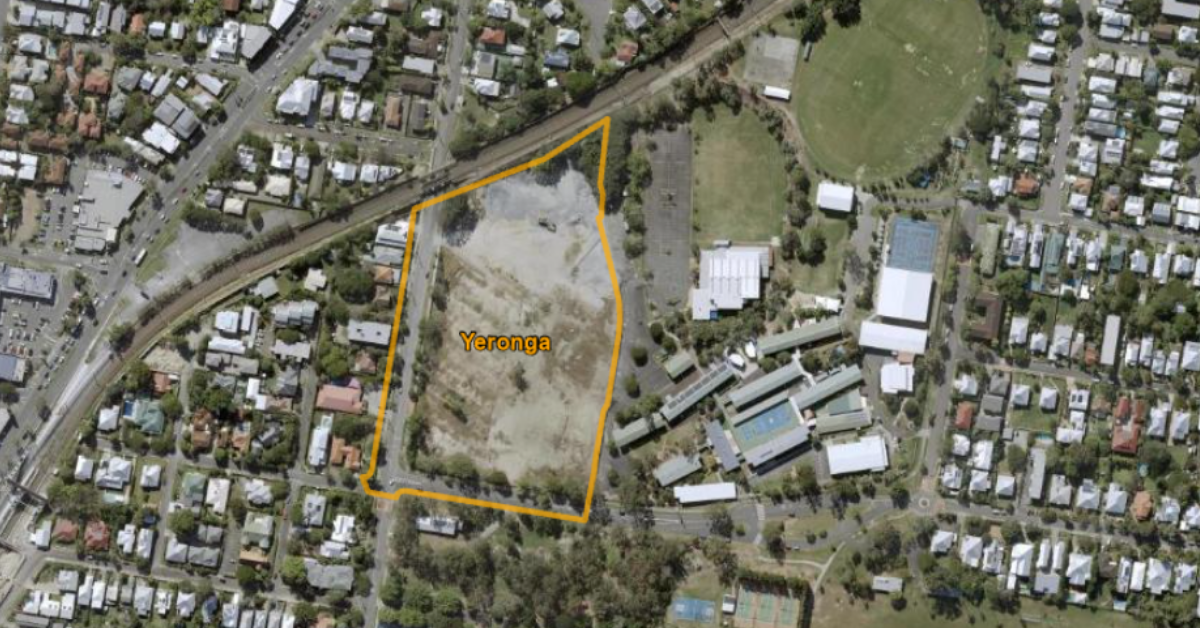 The planned redevelopment of the former Yeronga TAFE site is now a step closer to realisation as the Parkside Yeronga development plans have been released for community feedback.

The development application (DEV2021/1221) that aims to transform the 3.3ha site, that includes parts of Villa Street and Park Road in Yeronga, into a new mixed-use community centre has been lodged. The public has been given 20 business days to review and comment on the proposed master plan which ends close of business 17 December 2021.

On 10 August 2018, the former Yeronga TAFE location was declared a Priority Development Area (PDA) to help accelerate the planned transformation of the site.The redevelopment is part of State Government’s eight key projects which were identified for fast-tracking with a total investment of $66 million.

The Parkside Yeronga development master plan proposes a new two-storey Yeronga Community Centre with a GFA of 730sqm. The community centre will be the new home of Annerley-Stephens History Group Inc and All Gauge Model Railway Club Inc.

Brisbane Housing Company, on the other hand, will build 78 social and affordable apartment units along Park Road graduating from three storeys to six storeys. Moreover, JGL Properties will deliver 38 custom-designed townhouse units spread across four buildings of up to three storeys high.

Lastly, a publicly accessible open space next to the Beenleigh-Gold Coast rail line is also proposed along with a public plaza near Villa Street plus a green spine to serve as a visual connection between these public spaces.

An additional 2 hectares of the proposed development site was handed over to Yeronga State High Schools prior to the site being declared a Priority Development Area.