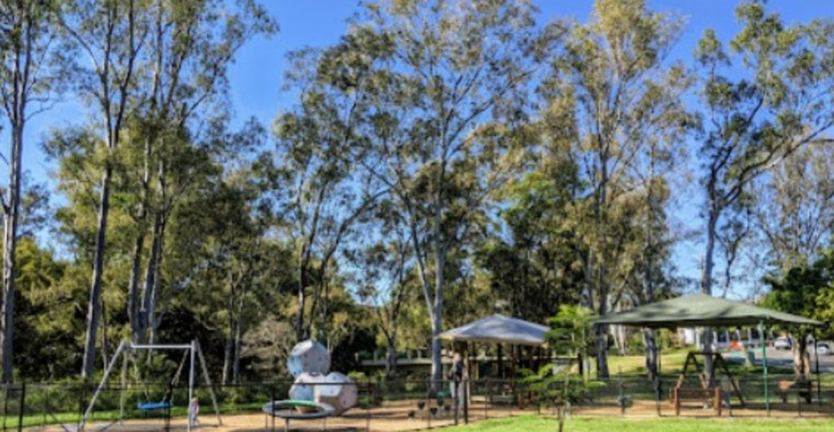 New park fencing will be installed around the boundary of Lewisham St and Ekibin Rd, at Jessica Andrews Place (Ekibin Park South) in Annerley, providing a more secure and safer space for the families who use the park.

The existing fencing around the playground will be removed with the site being levelled and topsoiled, in order to expand the usable play space within the park, so children could have more freedom to play.

“Council will also be undertaking mulching and planting of native shrubs and grasses along the edge of the creek embankment, adjacent to the playground,” Cr Griffiths said.

Works are set to commence in November 2021 and based on Council’s timeline, are expected to end by January 2022.

About the Jessica Andrews Place

The playground commemorates the late Jessica Andrews, who was a teacher at the Our Lady’s College. As a mother herself, Ms Andrews helped design the new children’s playground at this park for her children and those throughout the district.

Facilities at the Jessica Andrews Place include a rehabilitation site (Greenslopes Demonstration Catchment Project), soccer field, and the Scout clubhouse.