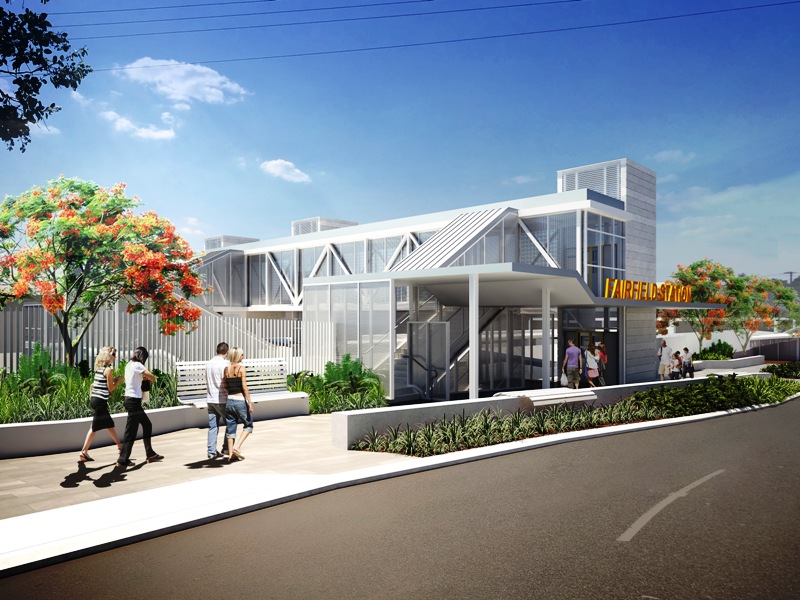 Early works are already continuing in line with the Fairfield Station Accessibility Upgrade project, which major construction is expected to start in mid-2020.

Queensland Rail’s ongoing $357-million Station Accessibility Upgrade Program aims to improve stations and facilities to allow safe and easy travel. Of that amount, $57 million has been committed towards accessibility improvement of six stations, from Fairfield to Salisbury (F2S), that will be undertaken as part of the Cross River Rail project.

Salisbury, Rocklea, Moorooka, Yerongpilly, Yeronga, and Fairfield are the stations that are set to benefit from the upgrade projects. Included in the upgrades are new overpasses and passenger lifts, accessible parking bays, new kiss ‘n’ ride spaces, platform improvements and bike enclosures.

According to the released Fairfield Station concept design, the features that are being proposed as part of the upgrade project include: an additional third platform; a new station building; an  upgrade to the existing platform; and a new overpass and vertical transport system including three lifts and stairs.

There will also be provision for accessible parking within the car park. The heritage shelter will be relocated and retained whilst the existing side platform entry from Equity Street will be retained.

The station accessibility upgrades will coincide with the Cross River Rail project which will integrate a third platform and associated accessible infrastructure into these stations. The Cross River Rail Tunnel & Stations team is already working in the rail corridor situated between Fairfield station and Park Road station as part of preparation works for the construction of Cross River Rail.