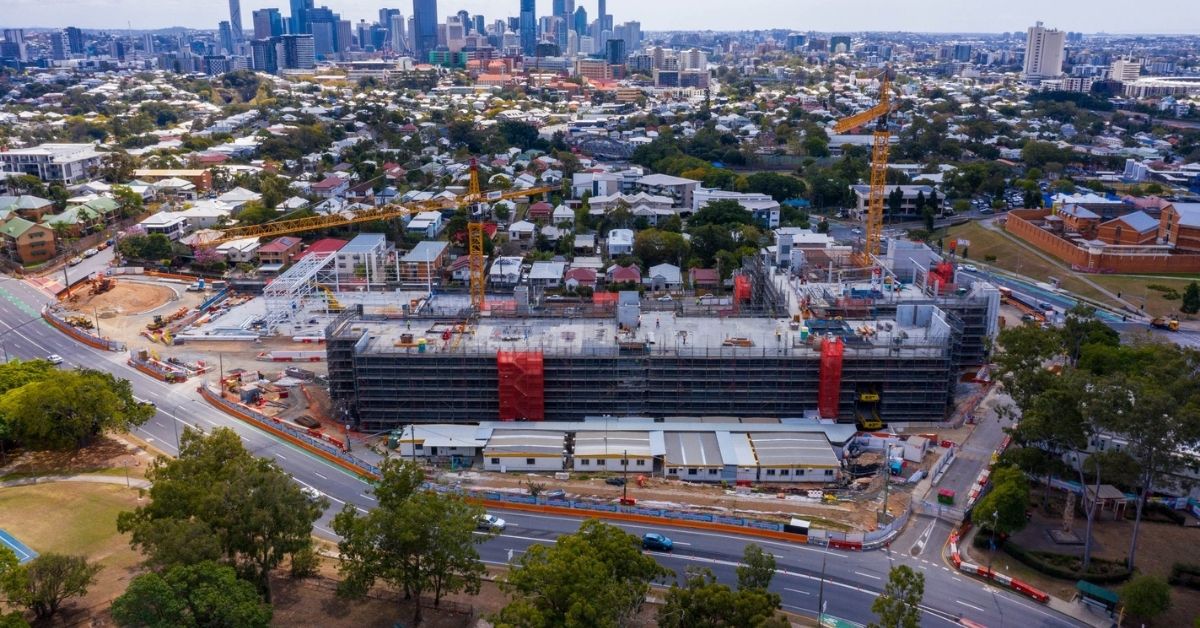 Construction of the Brisbane South State Secondary College (BSSSC) in Dutton Park has been steadily ramping up in preparation for the first day of the school term on Wednesday, 27 January 2021.

By 2026, Brisbane South State Secondary College will cater to all second years but for this school term, over 200 Year 7students will comprise the first batch who could expect work on the $140-million building to continue within the next weeks.

Assistant Education Minister Brittany Lauga confirmed that construction will continue during school hours but it will be “very considerate” to the learning environment.

Broad Construction has been working late at night until the early hours of the morning without a proper permit from the Council. Neighbours have complained of sleepless nights whilst some have temporarily moved to the homes of other relatives as the contractors finish the building, as well as the road and intersection upgrades within the school’s vicinity.

Gabba Ward Councillor Jonathan Sri has received the complaints since September and has raised these concerns to the Council.

“The private building contractor for the new Dutton Park high school seems to have managed the project poorly, and was way behind schedule,” Gabba Ward Councillor Jonathan Sri said. “They tried to make up for it by doing months and months of nightworks (on top of the usual 6:30 a.m. to 6:30 p.m. daytime construction), directly across the road from residential properties, robbing people of sleep and peaceful enjoyment of their home.”

“We’ve uncovered that there were no permits for nightworks, so the construction company has been breaking the law and violating the Environmental Protection Act for months now,” Mr Sri added after the Council informed him that compliance was with the State Government, which is behind the project.

“The planning department is working closely with the Brisbane City Council and the contractor to find a solution,” a spokesperson for the State Government said.

Mr Sri is calling for compensation for residents whose lives were disrupted by this project. Nonetheless, the councillor said that everyone is excited about the school’s opening as it will provide for the demands of the expanding inner south.