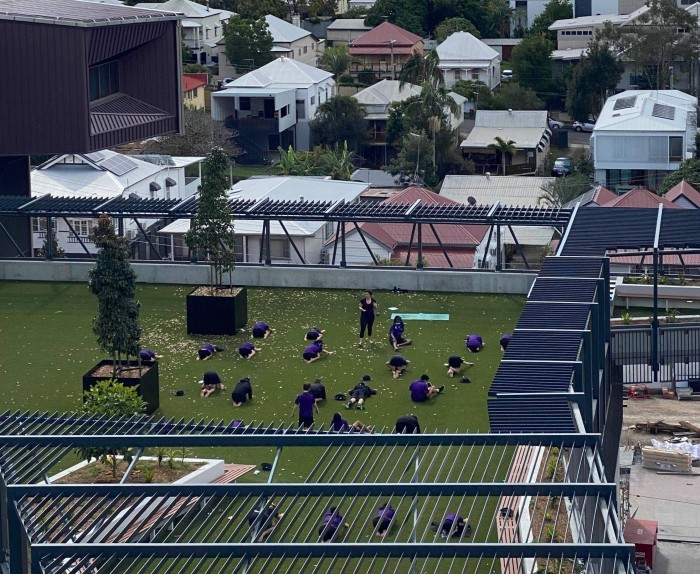 Certain areas of the Brisbane South State Secondary College have been closed to protect students and staff from the potential risks of materials with asbestos found in the premises in August 2021.

At present, there are already more than 200 Year 7 students enrolled at the state school but significant works have yet to be done in some of the buildings. After workers spotted potential asbestos material within a crushed fill, a test was performed on the same day, which confirmed the presence of the hazardous material.

Because of this, workers refused to carry on with the job until assurances were made that no other materials were contaminated.

Asbestos is a naturally occurring mineral and can typically be found in rock, sediment or soil. Because it’s either ‘non-friable or ‘friable’, asbestos was seen as very useful for building products. However, the substance becomes a health risk when its fibres are released into the air and inhaled by those around it.

According to Safe Work Australia, breathing in asbestos fibres can cause asbestosis, lung cancer and mesothelioma and those who develop health problems from inhaling the substance may have been exposed to high levels of asbestos for a long time. Symptoms don’t usually appear until 20 to 30 years after initial exposure.

Regarding the matter, the Department of Education confirmed that the material was in a construction area where students and staff could not access. They also conducted airborne testing to assure that there was no airborne asbestos that could risk the health of students, staff, and visitors.

In April 2021, Education Minister Grace Grace revealed that the state government has spent more than $6.5 million to extract the hazardous material from over 100 state schools across Queensland.

For the safety and well-being of students and staff, the Department has launched the asbestos policy and plan, which aims to manage risks relating to asbestos-containing material (ACM).

Condition of ACM in department-owned facilities is managed through:

If you have any concerns about asbestos in department-owned facilities or require any further information, please contact the facility school principal or early childhood education centre director.